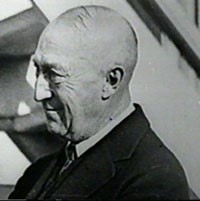 Dear Colleague
It is  not unusual for  wealthy people  to  leave part or all  of  their wealth  to  family and  friends.  It is extremely  rare, however, that people leave estates and fortunes to complete strangers.  Charles Vance Millar was one of these people.

He was  known  among  friends  as  something of a prankster,  so no  one was  particularly surprised to find   that   the legacy he left behind held a number of unusual bequests.

His greatest and final prank was his Will, which said in part:

"This Will is necessarily uncommon and capricious because I have no dependents or near relations and no duty rests upon me to leave any property at my death and what I do leave is proof of my folly in gathering and retaining more than I required in my lifetime."

He had three friends who hated each other, so he left them a vacation home in Jamaica on the condition that all three men had to live there together.  Of course they did!

He left a number of anti-horse-racing activists each 25 000 worth of Jockey Club stock.

The real clincher was his Will’s tenth clause:  He bequeathed a large sum of money to the lady in Toronto who could produce the most children in the ten years following his death. It was contested by the Supreme Court of Canada.  Being a lawyer, he prepared his Will with care and it survived a decade of litigation, including attempts by Millar’s distant relatives to have it declared invalid.   The “Great Stork Derby”, as the resulting contest was called, continued uninterrupted.  It had four winners, delivering nine children each.  Two others received a smaller portion out of court.   In 1936, the full value of his remaining assets was divided among six women. The childless Millar ended up “fathering” (albeit indirectly) 54 children!

It was speculated that Millar prepared this clause in his will as a means to discredit indiscriminate births and prohibitions against birth control.

In 2002 this contest was immortalized by a made-for-television movie named “The Great Stork Derby”.


WHEN ARE INSTURCTIONS IN A WILL NOT FEASIBLE?


Cohabitation is an arrangement where two people who are not married, live together in a romantic relationship on a long-term or permanent basis.  It is also referred to as a common-law marriage or a domestic partnership and neither is recognised as a legal relationship by South African Law.  In other words, no law can protect a partner if there is no Will to provide for the partner left behind in case of death.  Only a Will can protect a partner.

The rights of parties in a cohabitation relationship, irrespective of the duration of the relationship, are therefore not regulated by any law and parties do not have rights and duties that married couples have.  Regardless of gender, cohabitation generally refers to people who live together without being validly married to each other.  It used to be called extramarital cohabitation in the past.

The believe that if partners stay together for a certain time, a common-law marriage comes into existence whereby they will obtain certain benefits, is therefore a myth.  In co-habitation relationships no law can protect the partners, but a Will can play a major role to protect assets for one another.

The original concept of a common-law marriage is a marriage that is considered valid by both partners, but has not been formally recorded with a state or religious register.  In effect, the act of the couple representing themselves to others as being married and organizing their relation as if they were married, acts as the evidence to the outside world that they are married.  The term common-law marriage has wide informal use, often to denote relations which are not legally recognized as common-law marriages.  The term is often used colloquially or by the media to refer to cohabiting couples, regardless of any legal rights that these couples may or may not have, which can create public confusion both in regard to the term and in regard to the legal rights of unmarried partners.

The 2011 Census showed that family structures in South Africa have changed tremendously.  It shows that an increasing number of couples are cohabiting and delaying their walk down the aisle because marriage is simply too expensive.  Among people who are currently married, approximately two-thirds say they lived together before making a marriage commitment.

The part which concerns us is the rights of cohabiting couples and the consequences of death.

When someone dies without a will, there is no right of intestate succession between domestic partners.  As stipulated in the Intestate Succession Act 1987, the rules are clear.  Where there is no will, the beneficiaries are a spouse, descendants or both.  In the absence of both, the estate devolves upon other more distant members of the bloodline.

There is no obstacle for partners to make specific provisions for each other in a will.  A person can leave an estate to anyone, even to the exclusion of a spouse, but only if you are married out of community of property.

In most cases, claims can be submitted against an estate in terms of an antenuptial contract or a divorce decree.  Intestate heirs and minor children also have the right to submit claims against an estate, but not a cohabiting partner.  Partners can only turn to a long, uneasy and very expensive litigation process to lay a cash claim against the estate.

Therefore it is essential to advise your unmarried clients who have entered into one of these living arrangements, to make a will to provide for each other in case of death.

Born in Russian-occupied Poland in 1867, Marie Curie moved to Paris at age 24 to study science. As a physicist and chemist, Madame Curie was a pioneer in the early field of radioactivity, later becoming the first two-time Nobel laureate and the only person to win Nobel Prizes in two different fields of science -- physics and chemistry.
When she died in 1934, a gram of pure radium, originally received as a gift from the women of America, was her only property of substantial worth. Her will stated: "The value of the element being too great to transfer to a personal heritage, I desire to will the gram of radium to the University of Paris on the condition that my daughter, Irene Curie, shall have entire liberty to use this gram……….according to the conditions under which her scientific researches shall be pursued." Element 96, Curium (Cm), was named in honor of Marie and her husband, Pierre.