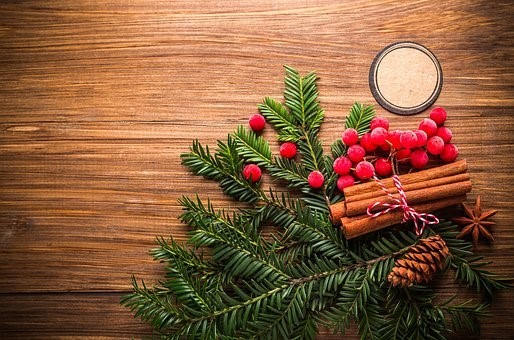 This is the last edition of the Let’s Talk EFBOE newsletter for 2020.

Before we end this year, we would like to congratulate the winners of the 2020 EFBOE competition:

EFBOE, as part of the Efficient Group family, appreciates your loyalty and devotion to our company. We are excited to announce that the competition for the next cycle kicked off on 1 November and will end on 31 October 2021. Our main goal with this competition is to show our appreciation to those advisors who support EFBOE directly and continuously make use of our services.

The two cash prizes for the competition are:

The criteria and weighting for the competition will remain the same:
*Points for power of attorney estates (“buite boedels”) are based on one point for each R10 000 of executor fees earned during the competition period.

As in the past, competition front-runners will be announced in the Let’s Talk EFBOE-newsletter from time to time. This will be the only source of information on the competition.  So, make sure to keep reading the newsletter!


This was an extraordinary year. At the end of it, we can only look back and be thankful for where we are today. At the same time, we want to thank you for your continued support and loyalty to EFBOE and for making use of our fiduciary services. Be assured that everyone at EFBOE will always give their utmost to deliver service excellence to you.
Please take note that our offices will close for the festive season at 12h00 on Tuesday, 15 December 2020, and will re-open at 08h00 on Tuesday, 5 January 2021.

We wish you a relaxing and blessed festive season with your loved ones. If you are travelling to a holiday destination, drive safe, be safe and enjoy the scenery along the way.

ARE THERE DISCRIMINATORY PROVISIONS IN THE INTESTATE SUCCESSION ACT?

What does intestacy mean? If a person dies without a Will, or parts of a Will are invalid, the estate will be administered according to the principles of the Intestate Succession Act 81 of 1987.

The Intestate Succession Act 81 of 1987 came into effect on 18 March 1988. The Act regulates the shares in which certain persons will inherit from an intestate testator’s estate. In terms of common law, a person’s blood relatives are his or her natural heirs. The rules of the Act are very fair as it looks after the spouse first, thereafter the children, if any.  If there are no spouse or children, the assets will move up in the family tree to the parents, then sideways to siblings, etc.  Click here for diagrams on the distribution of assets under the current provisions of distribution in an intestate estate. The credit for diagrams goes to Tonkin Clacey in Pretoria.

It is not advisable to die without a Will because there are practical issues that come into play. Amongst others, the administration process will be delayed if there is no Will or nominated executor.

Recently, the regulations of the Act regarding the distribution of intestate assets came under scrutiny in the Western Cape High Court. In October 2020, the court ruled that the Intestate Succession Act is unconstitutional in that it only caters for married and same-sex couples.

These shortcomings in the Act came under the spotlight when a former domestic worker, Jane Bwanya’s life partner unexpectantly died. Bwanya may have succeeded in changing the provisions of the Intestate Succession Act, which had barred unmarried partners in a heterosexual union from inheriting. The High Court ruling is still subject to confirmation by the Constitutional Court.

Because of this ruling, Bwanya now stands to inherit the estate of her life partner, Anthony Ruch, who died suddenly in April 2016 at the age of 57. His estate includes a guesthouse in Camps Bay and a flat in Sea Point. The final decision regarding the estate’s assets, will still go in front of the Constitutional Court who will make the final decision.

Ruch was never married, had no surviving relatives and died leaving his estate to his mother, who has already passed away. Only Bwanya and a chauffeur laid claim to the estate, which was being administered by the Masters’ Office. Both claims were rejected which forced Bwanya to approach the court.

The world is rapidly changing and this case has highlighted the fact that some provisions in the Intestate Succession Act have become outdated because of changes in people’s attitudes towards relationships. Nowadays many people to not get married but choose to rather live together in a lifelong union with a life partner. The Act barring unmarried partners in a heterosexual union from inheriting from the other’s estate in thus problematic.

The judge in the case presented at the Western Cape High Court, ruled that certain aspects of the Act were unconstitutional in that, while it catered for married and same-sex couples, it did not provide for those in Bwanya’s situation. The judge further ruled that certain sections of the Maintenance of Surviving Spouses Act were unconstitutional as well, saying that the Act excluded life partners in permanent heterosexual life partnerships from inheriting as it specifically defines “survivor”, “spouse” and “marriage”.

The declaration of the invalidity of certain parts of the Intestate Succession Act is an important development for the South African philosophy of law on the rights of heterosexual permanent life partnerships. The life partner in a heterosexual relationship that was not legally solemnised as a marriage or civil union will, in future, qualify as a spouse and be entitled to inherit in the event that the other partner dies without a Will. This ruling is still subject to confirmation by the Constitutional Court and, in time, any changes to the provisions in the law of Intestate Succession Act, if any, will be communicated.

The lesson to take from this is still to always have a valid Will in place where the testator can decide what must happen to assets and who will inherit from the estate. Regardless of the legal status of a partnership, always ensure that there is a Will in place to make provision for the testator’s personal wishes.

SHORT AND TO THE POINT

François Rabelais was an acclaimed master of the comic who lived during the Renaissance. This satirist’s 1553 Will was famously concise and supposedly consisted of just one memorable line:

“I have no available property; I owe a great deal; the rest I give to the poor.”