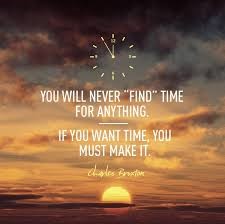 Time!  What a precious commodity to treasure and use wisely!

As you all probably know, commissions are payable on testamentary estates where Efficient BOE (Pty) Ltd or Efficient Trust Ltd are the nominated executors.

The term “buite boedel” is a word widely used and well known in our industry.  Just to recap:  It is an estate where there is no will (intestate) or where a natural person such as a spouse, family member or friend was nominated as executor.  If there ís a will with a nominated executor, i.e. another trust company, an attorney or an institution like a bank, etc. and the appointment is renounced, it can also become a “buite boedel”.

Should you come across these kinds of estates in you daily dealings, please refer them to Efficient BOE.

The referral of “buite boedels” to Efficient BOE is open to any employee in the Efficient Group of companies.  This is an open playing field and an opportunity to earn some extra income.

PART 2:  THE RESULTS OF AN INCORRECTLY SIGNED WILL


The result of an incorrectly signed will is also devastating to your heirs as it may lead to the rejection or partial rejection of your will.

A duly signed will must comply with the following requirements in terms of Section 2 of the Wills Act no 7 of 1953, as amended:
A competent witness is a person 14 years or older who, at the time of witnessing the will, is competent to give evidence in a court of law.
If a nominated beneficiary or his/her spouse signs as a witness, such beneficiary will be disqualified from inheriting more than the portion that person would have been entitled to inherit, if the testator died without leaving a valid will. This means that if a person is not entitled to inherit in terms of the Intestate Succession Act, such a person shall be disqualified from receiving any benefit.
The testator(s) and two competent witnesses must sign next to any alteration to a will. In case of an existing signed will, the witnesses need not be the same witnesses who signed the will initially.

The longest will in the world was one drawn up for Frederica Evelyn Stillwell Cook, an American woman.  When it was proved at London’s Somerset House in 1925, it consisted of four gilt-edged, leather-bound volumes totalling 95,940 words.  The will was dated 17 October 1919 with an added codicil dated 2 March 1924. It consisted mostly of detailed bequests of her personal effects and artwork.  She also left detailed instructions to her executors such as burning of her diaries, burying her wedding ring with her and not inscribing her age on her tombstone.  At least there was no confusion as to her wants and wishes!!

The shortest valid British will – which was contested but eventually passed after the 1906 court case Thorne v. Dickens – consisted of three words:  “All for mother”.  What caused the confusion was that the testator didn’t mean his mother but his wife.  Just another case of choosing one’s words wisely!!

This is all for now, until next time.