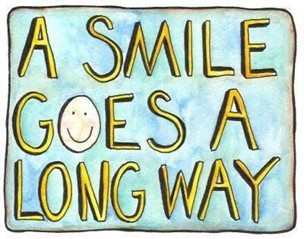 “If we had no winter,
the spring would not be so pleasant!”

President Ramaphosa announced the move to level 1 of the Covid-lockdown, which started on 21 September 2020. The country, and the world, has been gripped in the claws of this invisible attacker for several months now. The fact that It has taken its’ toll and resulted in tragic loss of life and economic downfall causing immense hardships, cannot be ignored.

For countless people, life is still far from the “normal” everyone was used to before. For some their circumstances have changed altogether. After six months of lockdown and new innovative ways of working, others may have become used to a new type of normal. But many may still feel overwhelmed by the effect of it all.

Even with all the challenges presented by this crisis, there is an amazing gift that everyone possesses - the gift of choice, in which lies great power. Sometimes the choice is difficult, but there is always the option to react positively in the face of hardships and under strenuous circumstances. That which you spend your energy on, will be your ultimate reality. Choosing nót to allow your thoughts to dwell on the negatives, will contribute to a peaceful reality. Besides, overwhelming feelings often come because focus is placed on a time that is not the present.

So, if you see someone without a smile, give them one of yours!
A smile goes a long way!

HOW WIDE IS A TRUSTEE’S DISCRETION?

The trustee manages the trust’s assets. The trustee’s fiduciary duties include a duty of loyalty, a duty of prudence and subsidiary duties.
Anyone accepting such a position as a trustee, must be aware of its significant responsibility and must have the necessary capabilities to perform such a duty. We will discuss the Wiid v Wiid case of 2012 further below, in which it was quoted that “the object of the powers given to a trustee is to enable him to do justice to the fiduciary duties which attach to his office.  It is self-evident that there is a duty to exercise all powers in such a manner that the beneficiaries reap the benefits. Although the trustees’ duties can be listed under a number of headings, the dominant consideration inherent in all the duties is the benefit of the beneficiaries.”

There are two main types of trusts:

It is important that trustees must understand what the founder had in mind when he/she created the trust and exercise their discretion accordingly.  Especially where the trustees were given wide discretion in the trust deed.

In the case of PPWAWU National Provident Fund v Chemical Energy Paper Printing Wood and Allied Workers Union of 2008, the trustees were found to be acting in breach of their fiduciary duties to do the best that they could for the beneficiaries, by following the union’s policy, even if they were appointed by the union. Trustees must exercise an independent judgement regardless of the views of the person/s appointing them, similar to a director’s obligation to exercise an independent judgement, regardless of the views of any party who may have procured his/her appointment as director. This case is a stern warning to a trustee who is expected to take instructions from anyone to act in a certain way.  Trustees must always be and seen to be acting independently.

Trustees must always be able to justify their decisions, especially if they have discretionary powers in terms of the trust deed. They should not only record their decisions but should also give reasons for making them. They must always be able to show that they have used their mind in reaching a decision as to either make a distribution or withhold a distribution form a particular beneficiary and should preferably be supported by written reasons for their decisions. A further sound principal would be for trustees to request a motivation from beneficiaries when considering their needs to proof that they received inputs and have applied their minds to reach a certain decision.

The Wiid v Wiid case of 2012 ended in a liability for damages and a harsh judgement that the trustees of the trust should be removed. This case provides guidelines for trustees in terms of their discretionary powers provided in a trust deed. It is also clear that even though trust instruments in many cases contain a general stipulation that the trustees shall have an unlimited or unfettered discretion, it does not allow them to do as they please. They must always be able to prove that they acted in the best interest of the beneficiaries.

The father (founder and dominant trustee) registered a trust for the benefit of himself and of his family. The judge held that the discretion provided to the trustees in terms of the trust instrument as a whole, demonstrated that the founder’s primary objective was to treat his children equally and that the clause granting discretion to the trustees allowing the trustees to favour one beneficiary over another was meant to be applied only in exceptional circumstances. It was clear that the founder did not intend to grant the trustees an unlimited and arbitrary discretion. The trustees (the mother and the son) could not proof that they have applied their minds but were rather manipulated by the founder (the father) and they did not exercise their discretion in an impartial and independent manner. The judge decided that the trustees were personally liable for the damages the trust and the beneficiaries suffered due to a non-market related rental contract concluded with the son (only one of the beneficiaries).

It is probably not unnatural to be obsessed with the great unknown, especially if you were an actor in the Star Trek series.

James Doohan, like Gene Roddenbury who created the original Star Trek series, had the same fixation with space. He played the role of Montgomery Scott, the chief engineer in the original series, who is associated with the catchphrase “Beam me up. Scotty”.

He loved space and had the wish that his ashes be flown into space.  After his death on 20 July 2005, his wife, Wende, had him cremated to fulfill his request. She contracted with the same company, Celestic Inc, who also transported Gene Roddenberry’s cremated remains into space. They specialize in “memorial spaceflights”. Thus, on Tuesday, 22 May 2012, a capsule carrying a portion of his ashes were launched into orbit aboard a rocket from Cape Canaveral.  Of course, he would rather have flown when he was alive, but that was the next best alternative!