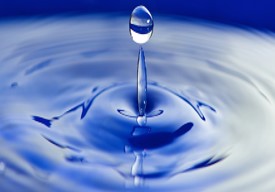 It is only a drop in the bucket, but alas,
a bucket is filled, one drop at a time.
That first drop has the potential of becoming a flood to be reckoned with.


In a joint effort between Efficient and EFBOE to broaden our respective client bases, we designed the Life File which was discussed on KykNet’s Ontbytsake program on 20 November 2019.  Willem Basson offered five lucky viewers the chance to win the Life File, as well as a free comprehensive estate analysis by an expert Efficient advisor. This included the drafting of a Will. This file was promoted as the only file someone would need to keep up to date for that WHAT IF-day.

This trendsetting Life File consists of a checklist with all the information needed in case of death, especially if the bread winner passes away. It is made up of 72 sections and documents which are of utmost importance in this situation.  A file which will make life so much easier, should the inevitable happen to the viewer or family members.  Beside all the normal basic information needed, the file also makes provision for DSTV, cell phone and data contract information, title deeds, codes for the safe and social media platform passwords.  It also has a section where regular payments and debit orders can be recorded in case a bank account is frozen and payments are not made anymore, which can have a devastating effect on normal daily living.

The interest shown after the aired program was very positive and Willem contacted each individual personally to inform them that the winners would be announced on Ontbytsake, 19 January 2020.  The five winners were duly announced on the program and received their prizes.  We trust that this venture resulted in new leads, opening even more doors to widen our respective client bases.

THE CHOC CHILDHOOD CANCER FOUNDATION SOUTH AFRICA
CHOC is a non-profit organisation.  The CHOC foundation is made up of caring, committed and passionate people who stand up for, and support, the well-being of children and teenagers diagnosed with cancer or life-threatening blood disorders.  The foundation also supports the families of these patients.

DOES A POWER OF ATTORNEY (POA) LAPSE IN DEATH?

In law it is a general principal that no person may act on behalf of another, unless the necessary authority was given to do so.  This authorization is referred to as a Power of Attorney (POA).

Certain actions are set out in a POA and the signing thereof does not only authorize the agent to act, but also informs third parties that the principal intends to be bound by the acts performed by his/her agent.  The agent may perform all or some of the actions set out in the POA on behalf of the principal who will be bound thereto, but not more. The agent may only perform acts that the principal has the legal capacity to perform. A POA gets automatically and legally revoked when the principal becomes mentally incapacitated, insolvent or passes away. Therefore, when a person passes away, that person is no longer capable of performing or concluding any juristic acts and the authority conferred to the agent to perform any actions also ceases.

Irrespective of the wording of a POA, which may include sections to cater for the death of the principal, the POA will no longer be in force.

Case study:  A retired gentleman travelled overseas regularly which caused him to be out of the country for long periods of time.  Therefore, he signed a POA in favor of his nephew.  This gave the nephew the authority to manage the sale of his beach house on his behalf while he was away.  The nephew received a good offer, accepted it and signed the agreement of sale.  Before the property had been transferred, his uncle passed away. The buyer wanted to continue with the transaction, but the nephew was unsure if he could still represent his uncle after his death.

Cilliers and Reynders Attorneys informed the nephew that the POA had ceased on the death of his uncle.  The estate needed to be reported to the Master of the High Court and an executor be appointed to administer the estate.  However, since the agreement of sale was signed before the uncle passed away, the POA was valid at the time of the transaction and the contract will be binding on the executor, subject to certain exceptions.  The executor will now have to take over the responsibility to honour the agreement of sale on behalf of his uncle and do the necessary to transfer the property to the buyer.  The nephew, however, has no more legal rights to act on behalf of the deceased anymore.

We placed some interesting endowments in the newsletter before, but this is one of those that makes one lift an eyebrow and ask the question:  Should conditions in Wills that seek to “punish” benefactors be allowed or entertained?

Samuel Bratt’s Will is an example of this.  He loved to smoke cigars, but his wife didn’t share his passion.  She prohibited him from smoking cigars because she considered them to be noxious.  This obviously really rubbed him up the wrong way and he used his Will to get even.  When he died in 1960, he left his entire estate to his wife on one condition: She had to smoke five cigars a day for the remainder of her life.

This condition, of course, posed a great risk to her health.  This was most probably one of those unenforceable conditions and Mrs Bratt would have received her inheritance anyway.


Until next time!
The “Let’s Talk EFBOE” Team