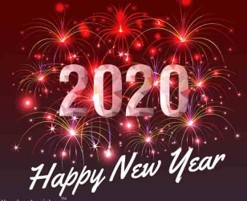 May the year 2020 bring a fresh start, new aspirations and inspiring successes.

New year’s resolutions mostly don’t last long, but whether you are a new year’s resolution person or not, we hope that this year will be great!  “Today is the first day of the rest of your life” may be a cliché, but it is still true.  It is a great opportunity to make the best of every day and strive to be better, to do things better. We wish you everything of the best, a prosperous and blessed new year.

We continue with our charity drive and look at the Endangered Wildlife Trust this month.

A beacon of hope for Africa’s wildlife, landscapes and communities, the EWT is protecting forever, together.
The EWT has worked tirelessly for over 45 years to save wildlife and habitats, with their vision being a world in which both humans and wildlife prosper in harmony with nature.  From the smallest frog to the majestic rhino; from sweeping
grasslands to arid drylands; from shorelines to winding rivers; the EWT is working with you, to protect our world.
Read more on the EWT at  https://www.ewt.org.za/.

CRYPTOCURRENCY – WHAT HAPPENS TO YOUR (OR YOUR CLIENTS’) BITCOIN WHEN YOU (THEY) DIE?

Technology has evolved to the point where we are currently living in the world which science fiction writers imagined years ago. From bartering systems to coins to paper money to credit cards to cryptocurrencies. And what if you pass away or if your clients own cryptocurrencies which they would like to leave as part of their legacy? The nature of cryptocurrency is confidential, and a Will is not completely confidential because eventually it becomes a document that can be accessed by anyone.

Some of the most prominent cryptocurrencies on the market today is Bitcoin, Ether and Litecoin, of which Bitcoin is the best-known because of the substantial price increase during the last couple of years

Bitcoin is a digital payment network where the cryptocurrency is stored and, like a traditional bank account, transferred from there. It can be described as a digital token, sent and received electronically. What makes it unique is that it can be divided up to eight decimal places. So, the smallest amount you can use to complete a transaction is 0.0000001 Bitcoin. As with stocks, the value can change based on bidding. Bitcoin is protected by cryptography that is virtually unbreakable. The advantage of this is that it is a safe and secure way to store wealth, but the disadvantage is that it is not as accessible as traditional money because of the “private key”.

Like with traditional money that you keep in a wallet, Bitcoin is stored in a virtual wallet. This virtual wallet has a “public key” and a “private key”. The public key is a string of random characters, visible to anyone. This public key enables you to send and receive cryptocurrency. The private key gives you access to the bitcoin inside the virtual wallet. The private key can be compared to an unchangeable password and this password is generated when a cryptocurrency wallet is created. If you do not have this key, you cannot access the wallet and the Bitcoin inside is lost. After death, there is also the risk that executors and heirs will not recognise the key and just discard it. It is still a mystery how many bitcoins have been lost due to people passing away without a plan in place. Industry experts say that between 2.3 and 3.7 million bitcoins have been lost for a variety of reasons. At current prices, it amounts to between $19 million and $30 billion

To eliminate any uncertainty as to whom can access your wallet after death, ensure to plan for it while you are still alive. If you pass away without passing on the private key, your fortune might be lost forever. To keep your Bitcoin as safe as possible, it is a good idea to:
It can also be that the existence of a deceased person’s Bitcoins is unknown. If the Bitcoins are not mentioned in a Will, a situation called “probate by truck” could arise. This is where heirs walk off with property by claiming that “he would have wanted me to have it”. In this instance, it could be a bitcoin wallet worth a fortune. One example shows the importance of properly dealing with your Bitcoin before you pass away.

As recently as 2017, a young man suddenly died in Colorado. The bereaved family had to sort out his estate, not knowing that he had been investing in Bitcoins, which cost as little as $13 in 2013 and $5000 in 2017. In 2019 the cost per bitcoin was approximately $8268. The family discovered that the young man had invested in Bitcoins. His bank account revealed debits to Coinbase a popular wallet and exchange service. The family approached the San Francisco-based company regarding the Bitcoin. Coinbase confirmed that they were in the process of transferring the wallet’s contents to the next of kin. All of this was possible because the deceased ensured that he took the necessary steps to transfer the funds to his next of kin.

Henry Leibowitz, an attorney at Proskauer in America, explained that the Bitcoin situation is similar to the time when people died with stock certificates hidden away in shoe boxes. If these stock certificates where not redeemed, the corporation that issued them turned the stocks over to the state government’s unclaimed property division.

For the time being, if you do not take care of your Bitcoins, there is the possibility that it will be lost forever. Making your private key known is as risky as sharing your private banking details.

There is no perfect solution for keeping your Bitcoins safe, as well as ensuring that the right people inherit your Bitcoins. One suggestion is to divide the key like a typical pirate’s treasure map, ensuring that all the “pieces” must fit before the wallet can be accessed. But what if one of these trusted people also pass away? Or a piece be lost altogether.  The challenge of bequeathing Bitcoin shows just how much we must trust each other, in life and in death. The solution is to be proactive in life so that your Bitcoins can be shared from beyond.

William Shakespeare signed his last Will and Testament on 25 March 1616. His wife of 34 years and mother of his children, Anne Hathaway, were mentioned only once near the end of the document.

“I gyve unto my wife my second-best bed with the furniture.” (sic), meaning its valance, linens and accessories, everything that formed part of the complete bed.

For over 400 years it was thought that this was an indifference towards his wife.  However, a new study in 2016 indicated that the playwright was more thoughtful than his Will implied.  A bed was an expensive and luxurious item at the time, an item to show off wealth and social status.  The best bed would have been the one that visitors slept on.  The second-best bed would have been the one he shared with his wife.  The “second-best bed” clause was only added in March 1616, just before he passed away.

Scholars suggest that the fact he added the clause so late, leaving the “second-best” bed to her, proved that he truly loved his wife and was anxious to see she would be provided for after his death.  His “best” bed would have stayed with the house, which was inherited by his daughter Susanna.