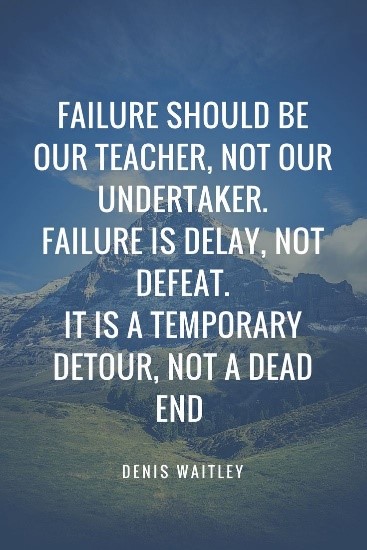 The EFBOE competition for 2018/19 will end on 31 October 2019.  The name of the winner will be published in the next edition of the Let’s Talk EFBOE and the prize will be handed over at Efficient’s Annual function in November 2019.

EFBOE appreciates your loyalty and devotion and would like to announce a further competition for the next cycle starting on 1 November 2019.  We would like to show our appreciation to the advisors who support EFBOE directly and continuously make use of our services.

The criteria and weighting for the competition will be as follows:
​*Points for “buite boedels” are based on one point for each R10,000 of executor fees earned during the competition period.

This is a renewed opportunity for the next cycle to put in everything to win one of these prizes at the end of the competition in 2020.

The front-runners will be announced in the Let’s Talk EFBOE-newsletter from time to time.  Make sure you keep on reading the newsletter.


This month we continue showcasing charitable organisations with “The Smile Foundation”.

THE SMILE FOUNDATION
The Smile Foundation is a South African NPO that assists children with any type of facial abnormality, to receive corrective plastic and reconstructive surgery within South Africa.  They help children who suffer from treatable facial deformities such as cleft lip and palate, burn victims, Moebius syndrome (facial paralysis) and other conditions.

The late honorable Nelson Mandela had passionately supported The Smile Foundation.  He believed that the future of the nation was in the hands of our children.
Read more about this charity at https://smilefoundationsa.org/

CAN THE MAJORITY OF TRUSTEES REQUEST ANOTHER TRUSTEE TO RESIGN?

CAN A TESTAMENTARY TRUST BE CHANGED AFTER DEATH?


A mortis cause trust or testamentary trust is created in terms of a Will of a deceased person.  The Will, in these cases, will be the Trust Deed and the testator/trix will be the founder.  A testamentary trust’s inception date is the date of death of the testator/trix.  Specific instructions to the trustees regarding the administration of the trust will be included in the trust clauses in the Will.  A typical reason for creating these trusts are for the protection of the interest of minors or dependents who are unable to take care of themselves.

The executor of the estate will make over and/or pay the inheritance of a minor/dependent to the trustees of the trust, who will administer the trust as per the instructions in the Will.  This type of trust usually terminates at a pre-determined time or event, i.e. when the beneficiary/ies attain a certain age.

Usually, the terms of a testamentary trust cannot be amended. However, the Trust Property Control Act 57 of 1988 (the Act), grants our courts the power to amend a trust deed in the following instances:
In early 2018, a High Court decision was made that a variation of the provisions of a testamentary trust was valid. It was brought about by agreement between the trustee and the beneficiaries. That implies that even though a trust is established via a Will, it does not prevent the trustees and beneficiaries from agreeing to an amendment of the trust clauses. The court further stated that if the testamentary trust gave a trustee the power to decide when to terminate the trust, it also implies that the trustee has the power to amend the trust deed.

The Act expects trustees in exercising their powers, to act with the care, diligence and skill which can reasonably be expected of someone who manages the affairs of others. Should a trustee decide to amend the provisions of the trust, the trustee’s authority will have to be exercised in accordance with the Act.

Bear in mind that even though trust provisions in a Will can be changed/amended later, it will come at a cost.  The best cause of action is to ensure that the trustees are allowed ample discretion to enable them to manage and, if necessary, amend trust provisions in the Will, should circumstances warrant such changes/amendments.

BURIED IN A PRINGLES CAN

Fredrick Baur invented the Pringles can with its uniform shape, size and colour chips in 1966.  Although it did not take off so well in the 60’s era where people had fun looking for big chips, small chips and oddly shaped chips, it was a revolution within the realm of snack food.  It led to a burst of innovation in supermarket product packaging.

Tt is not strange then that Fredrick Baur wanted to be buried in a Pringles can. It was after all his brilliant invention, so he could rightfully take it to his grave.  When he died in May 2008, his children honoured his wish and stopped at Walgreen’s for a burial can of Pringles on the way.  Debating on the flavour, his son Larry, aged 46 at the time, said: “Look, we need to use the original.”