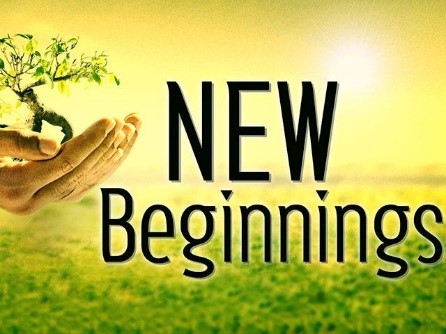 The end of winter is in sight and we are looking forward to Spring – a time for new beginnings.

“May your choices reflect your hopes, not your fears.”
Nelson Mandela

The past cannot be changed, the future is unsure, but today is a gift.  We can only make the best of what we have right now. Let’s put our hands to the plow and not look back, but be on the lookout for new opportunities while we still make time to enjoy life’s journey.

A quick update on the EFBOE-competition.

The next edition in our series on NPOs is The Sunflower Fund – Hope begins with you.

The Sunflower Fund
This fund was founded in 1999 and is it a donor recruitment centre and registry. They fight blood diseases like leukemia through the recruitment of stem cell donors and maintain a registry of potential donors committed to helping anyone in need of a life-saving stem cell transplant.   They raise funds to cover the cost of education and awareness about the need for donors and the process to become a blood stem cell donor as well as to cover the cost of the HLA tissue-typing test involved in the recruitment of donors.

They also maintain a patient support fund to assist patients who are unable to afford costs associated with getting to transplant, as well as being actively involved in creating a platform for support structures to assist patients, families and communities.

Read more about The Sunflower Fund on their website at  www.sunflowerfund.org.za

THE USE OF SPECIAL TRUSTS

CAN AN EXECUTOR OF A DECEASED ESTATE BE REMOVED?

It is possible to remove an executor from an estate, but it can only be done by the Master of the High Court or a court of law.  It can only be done, though, on die grounds listed in section 54 of the Administration of Estates Act 66 of 1965.  This Act governs the conduct of executors in deceased estates.

South Africa has a well-established legal system in place.  However, any recourse to the courts is costly and beyond the reach of a big segment of the population.

It should be kept in mind that an executor cannot be removed because of mere hostility or disagreements between the executor and other interested parties.  The courts are very clear that an elevated standard would be required to be met before an executor may be removed.  This standard would include conduct such as dishonesty, gross inefficiency and untrustworthiness.  The court must be satisfied that it is undesirable for the executor to continue acting as executor.

Court cases were filed because of discontent with the conduct of the executor, but our courts confirmed the position that mere unhappiness and even inefficiency on the side of the executor did not warrant the removal of the executor.  They see such interference with the management of the estate of a deceased in a serious light, particularly as such course of action would upset the deliberate selection by a deceased of the executor to carry out his or her wishes.

The Act provides for other remedies for beneficiaries other than having the executor removed from his office.  Such remedies include for example, that the Master or another person (such as a beneficiary) can apply to the court for an order directing the executor of an estate to perform his duty or comply with a demand or requirement of the Act, including if necessary, recovering the costs of such an application from the executor personally.

As mentioned before, turning to the courts for any reason whatsoever, is costly and therefore it is best to nominate EFBOE as executor, who is a professional and experienced entity in the administering of estates.

Aaron Spelling, who created and produced series such as Dynasty, Starsky and Hutch and Beverly Hills 90210, died after a severe stroke in 2006 at the age of 83. Reportedly his estate plan was changed only two months before his death, which was strange because Alzheimer’s disease was listed as a contributing factor on his death certificate.

According to reports, his famous daughter, Tori, also had a fall out with her father only nine months before his death, which could have contributed to the shocking bequest of $800,000 of the entire $500million+ estate to each of the two siblings, Tori and Randy Spelling.

The bulk of the estate went to his wife, Candy.  Tori and Candy were estranged for years and only recently reconciled, but they admitted to not being close.  There was no court case to contest the Will because of a “no-
contest” clause in the Will, which penalise beneficiaries who attempt to contest the Will, potentially causing them to lose their entire inheritance.

This just proves once again that even with all the wealth in the world, good relationships and real happiness cannot be bought.