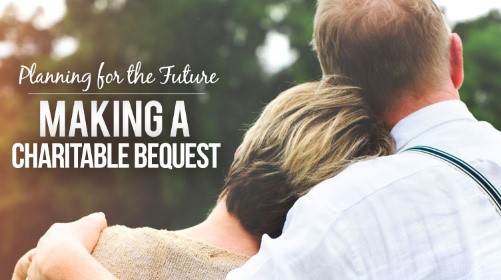 It is time for an update on the frontrunners in the EFBOE-competition.

We are halfway to the end of our competition!  At the end of May, the frontrunners were:

You still have five months!  Let those new Wills and “buite boedels” (external estates) flow in to secure the winning spot!  Good Luck!

A Non-profit Organisation (NPO) is dedicated to furthering a social cause or promoting certain rights for either people or animals. NPOs are exempted from paying tax so they do not have to pay income tax on the money they receive in the form of donations. They also do not distribute income or profits to shareholders. Their main objective is to use this income to support the organisation’s ultimate goals. NPOs operate in religious, scientific, research or educations sectors. NPOs are dependent on the generosity of the public. Governments all over the world recognize this and provide a tax deduction to taxpayers for donations to NPOs. A taxpayer making a bona fide donation in cash or of property in kind to a section 18A-approved organisation, is entitled to a deduction from taxable income if the donation is supported by the necessary section 18A-receipts issued by the organization. The amount of donations which may qualify for a tax deduction is limited.

Charitable bequests have been included in Wills for centuries. They are a way of keeping ideals and compassion alive for years and even generations’ to come. It offers an opportunity to make a worthwhile gift to a cause you deem worthy and honour a legacy. Charitable bequests help to make the world a better place and touch the lives of those in need. In the next few editions, we will discuss a few of these NPOs, should your clients wish to benefit a charitable organisation.
WHAT CONSTITUTES A VALID WILL?

WHAT HAPPENS IF THE TESTATOR AND EXECUTOR DIE TOGETHER?

Please take note that by appointing EFBOE as executor, the scenarios discussed below will not arise and there will always be ease of mind regarding the executor.  EFBOE is a Trust Company and cannot die.  There are several individuals who can take on the position of executor.  This ensures continuity in the process of administering the estate.

The role that the executor plays in the administering of an estate was discussed in detail in Newsletter 13 of June 2017.  What happens if, for instance, a nominated executor is unavailable at the time of the testator’s death?

It is an undesirable scenario, but it is important to understand and be prepared for what happens if the executor of a Will dies or is incapacitated.  As mentioned above, these circumstances are eliminated, should EFBOE be nominated as the executor in a Will.

We are going to look at the following questions in detail:

What happens if an executor dies before the testator?

When an individual that was nominated as the executor, dies or become incapacitated before the testator passes away, the testator simply re-draft and sign an amended Will, nominating another executor.  Therefore, it is advisable to review a Will regularly to ensure that it is still relevant and that all aspects have been covered.

What happens when a testator and an executor die simultaneously?

This is a scenario where an individual has been nominated as an executor, without naming a backup executor.  It could be a friend or maybe a family member.  What would happen should they go away on holiday together and they die in the same accident? Another person will have to approach the Master of the High Court and apply for the position of executor.  The Master will determine if this applicant is qualified enough to handle the process without assistance.  In most cases, the Master will request the applicant to approach a trust company, financial institution, attorney or chartered accountant to assist with the administration of the estate and to act as agent.  The applicant will have to give the agent power of attorney before they will be able to proceed.  This will delay the actual starting of the administration process.

What happens when an executor dies after being appointed as executor?

What if for instance a surviving spouse has been appointed as executor and then suddenly also passes away before the estate has been finalised?  In this case, Letters of Executorship would have been issued already, appointing the deceased person as executor.  Firstly, an application to discharge the deceased executor of his/her duties will have to be submitted to the Master of the High Court.  Only after the Master has discharged the deceased executor, can another application be presented to the Master for consideration.  The same procedure as in the previous scenario will have to be followed.

What happens if no executor has been nominated?

Where a valid Will is in place, but no executor has been nominated, the Master of the High Court will appoint an appropriate executor.  It could be a relative or beneficiary who stands to gain from the proceeds of the estate.  Most likely the Master will still require an agent to act on behalf of such a person, should the Master feel they are not qualified enough to handle the process without assistance.

Where there is no Will, the estate will be administered according to the Law of Intestate succession.  The Master will require a qualified person to handle this type of estate which would have to be approached in the same manner as the above scenarios.

In the early 1900s, Burt was ranked as one of the eight wealthiest men in the United States with an estimated estate between $40 and $90 million. He had various business interests.  He was also a politician and member of the Michigan Senate.

In his final years, Burt lived alone in a mansion with his servants because he was estranged from friends and family. He was nicknamed “The Lone Pine of Michigan”.  He died on 2 March 1919, at the age of 87, officially of senility.

His unusual Will contained a “spite clause”. It specified to wait 21 years after his children and grandchildren passed away before the bulk of his fortune could go to any descendants.  How sad that he lived with so much bitterness towards his own kin, alienating all his children and grandchildren from the estate. In 2010 the conditions of the Will were met and in May 2011, 12 of Burt’s descendants finally received the estate worth about $100 million.

As can be expected, his legacy today is mixed, seen as a vindictive old man, a generous benefactor to the city of Saginaw, Michigan and a famously wealthy American entrepreneur.  How his legacy is perceived should be of little concern to the generation who benefitted from his millions though.