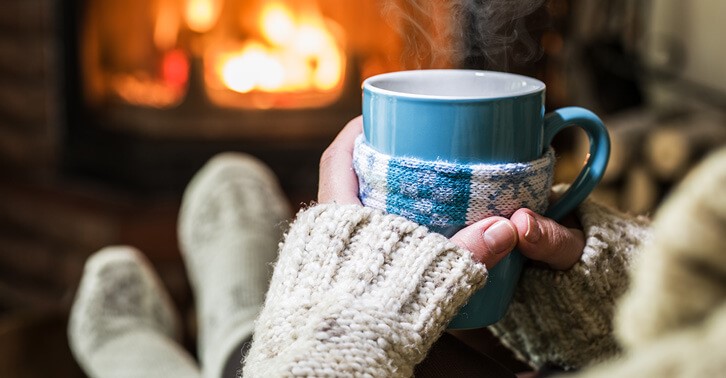 We have passed the middle of autumn and it seems as if winter is in a hurry to take over! With the freezing cold lurking in the distance, we can again look forward to the comforts of hot chocolate, cuddly clothing and snuggling up on the sofa under a warm blanket, watching a favourite program or listening to soothing music. Yet another step in the circle of the seasons and a privilege to experience it once again.

Please remember to return ORIGINAL signed Wills to EFBOE for safe-keeping.
No file is opened for a client until the original document is received.

USING A WILL TO CEMENT LONG-TERM CLIENT RELATIONSHIPS

Read more in the next edition.

MOST COMMON MISTAKES WHEN DRAFTING A WILL – Part 2

As a follow-up on Newsletter 32 of March 2019, we cover the rest of the most common mistakes when drafting a Will.

Stipulations that cannot be met or monitored
Some people will insert conditions in their Will expressing appreciation to another person, i.e. a case of the finest Russian vodka or an antique piano. Others want to use a Will for payback: for revenge or to try to control from the grave. One of the major motivations for inserting conditions in a Will is that the testator wants to change the behaviour of heirs: to stop a relative from smoking or try to get a child off drugs.

If the condition contains an element of time, for instance until an animal dies, a testamentary trust will have to be established for this purpose because an executor cannot delay the winding-up of the estate until the prescribed, albeit undeterminable, time has lapsed.

A few years ago, three trusts, executed in 1943, 1987 and 1989 respectively, which provide bursaries to students, have been changed so that they no longer discriminate along the lines of gender or race. Two trusts specified that bursaries should only be granted to boys, while the third specified that only whites should be assisted. Because of the Constitution, fair discrimination would be allowed to set up a bursary for a previously disadvantaged person.

Not reviewing a Will regularly
A Will should be reviewed regularly, especially after significant changes such as marriage, the birth of a child, divorce, the death of a nominated beneficiary, retirement, etc. This also applies when there are changes to the law which will have implications on the estate. Failure to regularly update a Will can cause problems. Divorce is a prime example of this because the Will is null and void within three months of the date of divorce, but such bequests will stand if a new Will is not drafted thereafter.

A codicil can be added to a Will, but it is better to revise the Will and redraft it entirely rather than having too many codicils. It needs to be clear and unambiguous so that there is ease of administration. A Will should not create hardship for beneficiaries, nor add to the burden of loss at the time.

Not revising succession clauses
Regular reviews of a Will could reduce the chances that a nominated person to receive an inheritance, dies before the testator. The testator could also die very soon after the heir, or fall into a coma for many years before dying. Therefore, it is important to name substitute heirs. If the residue is bequeathed to person X only, without further directions, various issues may crop up.

Example: If the residue is left to the daughter and she passes away first, that portion will be claimed by her descendants and if there are none, the portion will devolve in terms of intestate succession. If she has minor children, cash inheritances will be paid into the Guardian’s Fund.

It is better to state what should happen if the daughter is pre-deceased, thereby providing for succession to the inheritance, i.e. the amount that she would have inherited should be payable to her children in equal shares, subject to the establishment of a testamentary trust for minor children. The trust must be administered by the trustees for the benefit of the children until they attain a specific age, at which stage the trust can be terminated and the funds paid over to them.

Lack of estate planning — estate duty and the residue
Liquidity in an estate is of the utmost importance. Therefore, careful planning is needed to ensure that there is enough cash in an estate to cover all the costs. Estate duty, claims and administration costs are paid out first. Thereafter bequests or legacies are paid out, should there be enough cash in the estate. What is left thereafter, is the residue.

Example: A young woman leaves an estate to the value of R5 million. She is single and has never been married. Therefore, the estate duty abatement is limited to R3,5 million. She bequeaths R1 million to her employee and R250 000 to her niece. The residue is left to her brother. In brief, the estate duty is paid out before the residue can be determined.

INHERITED THE WHOLE TOWN OF REDUCTION

In 1948 John Stawovy wanted to buy a house in Reduction, Pennsylvania. Instead, he accepted the unique proposal to buy the whole town for $10,000. He took out a loan and bought all +18 houses, the roads and the town’s other structures on a 75 acres piece of land. Stawovy served the town of Reduction as town engineer, public works chief and mayor.

Stawovy passed away in 2016, leaving the town to his son, David, and his three siblings. The family that owned the town for 70 years, has decided to put the town up for sale, not wanting to bear the burden of the town’s 60 residents. It was listed in early 2018 for a price of $1,5 million.

If you do not want to buy a house, maybe you should consider buying a whole town? With no new news on the sale of the town, it is probably still available.

An article stated the following: “The former company town of Reduction might carry in its name the seeds of its own demise.” We hope that this will not be the case.
Until next time!