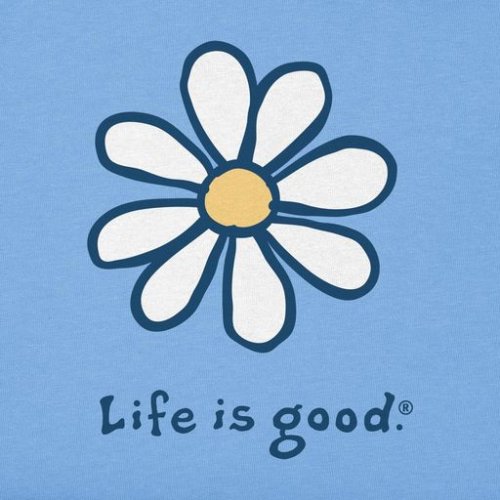 We started off on a bumpy road in this first quarter of 2019 with the unpleasantness of service disruptions and all, which have resurfaced recently in full strength. It just reminds us to be thankful when things run smoothly and be grateful while it lasts.  Even through all these unforeseen inconveniences, life is still beautiful and full of promise.

Life is like a cup of coffee…… it is all about how you make it!

MORE PITFALLS WHEN DRAFTING A WILL – Part 2

Read more in the next edition.

MOST COMMON MISTAKES WHEN DRAFTING A WILL - Part 1

We need to cover eleven points as listed in the previous newsletter of February 2019.  All points are worth considering and therefore we will cover the first six in this edition and the rest in the newsletter of April 2019.

For an unwary person, the drafting of a Will can be quite a daunting task and there are many pitfalls to avoid.

Not sticking to the law
One of the biggest problems arising from a DIY- or a template-type Will, is the failure to comply with the formalities of the Wills Act, which could render it invalid.  An application could be lodged at a court to order the Master of the High Court to accept the document, but this is a costly affair and delays the finalisation of the estate.

It could also happen that certain beneficiaries in a Will get disqualified from receiving any benefit or holding an appointed position in the following cases:
Even though the disqualified beneficiary has recourse to court, it is costly.  Such beneficiary could still inherit, but not more than they would have inherited in terms of the Law of Intestate Succession which could drastically reduce the benefit.

Not revoking earlier Wills
It is important to keep a Will up to date, but dangerous to have several subsequent Wills in the custody of different people and organisations as a Will doesn’t necessarily revoke an earlier Will.  If previous Wills are not explicitly revoked in the last Will, it could result in Wills being read together in the event of death.

Non-nomination of an executor
The executor takes control of affairs after death.  Their role is to protect assets, settle debts, identify heirs and distribute assets in line with the provisions of the Will.  This process is overseen by the Master of the High Court.

Not nominating an executor in a Will does not render it invalid but will delay the winding-up process. Beneficiaries will have to agree on the nomination and submit it in writing to the Master, who has the final say on acceptance.  If the nominee does not have enough experience and knowledge of the Administration of Estates Act to perform an executor’s duties, they will require the services and name of a professional who will then act as agent in winding up the affairs.  If the beneficiaries cannot agree on a nomination, the Master has the discretion to appoint an objective third party who can carry out the duties of executor.

Not providing for the security of the estate assets
Once the executor is appointed, a bond of security will have to be posted which is a type of insurance policy to protect the assets in the estate.

Security is required in all instances, except:
It is almost impossible for a layperson to get a bond of security.  A track record is a requisition and it costs between 1 and 1,5% of the gross value of the estate per year.  Rather nominate EFBOE, a professional and experienced trust company, as executor and dispense with security.  The Master still carries the ultimate discretion though.  In that way there is always protection.

Not considering debts linked to assets
Being able to bequeath property is one of the pleasures of drafting a Will.  Yet this can be complicated too.  If there is, for instance, still an outstanding mortgage on a bond, this will be paid out of the estate, which reduces the residue.  If this was the intention, then this is not a point to consider.  In the example below, it would present a problem though.

Example: “I bequeath my house to my wife.”  There is an Absa mortgage on the property and the Will does not state whether the house is to be inherited with or without the mortgage. The testator’s intention may have been different to what would have transpired.  He may have wanted his wife to assume the mortgage, because she is a wealthy businesswoman, leaving a healthy residue to the family’s long-time domestic worker.  As it would have turned out, the residue would have been depleted by the outstanding bond on the property and the man’s employee would have been much worse off than if he had been properly advised when drafting his Will.

If this is an important issue, the Will should be explicit about who takes over debt of any asset which is burdened, otherwise the norm is to settle outstanding debt out of the residue of the estate.

Not providing properly for children
A DIY Will does not always include all the necessary provisions, such as the fact that if minor children inherit cash or movable property, i.e. firearms, vehicles, etc., provision needs to be made for the administration of these assets.  Assets can only be administered for them by means of a trust.  In the absence of a trust, all assets will be converted to cash and be held by the government’s Guardian’s Fund until they become of age.  The guardian will then have to face the frustrations of obtaining release of funds for the maintenance and benefit of the children.

If a testamentary trust is provided for, it should give the trustees ample power to deal with all the assets in the trust.  If the trustees’ power is limited, the only way to resolve the limitations will be to approach the courts, which adds a financial burden.

Example: A divorced man with two minor children, wrote out his Will, bequeathing his estate to his children and committed suicide.  No provision was made for a trust to be established for the children.  The money was paid over to the Guardian’s Fund and the minors’ guardians had to apply for funds for the maintenance of the children.

We will discuss the other five topics in the next edition to finalise up this article.

FROM ZERO TO BILLIONS

Even though Zsolt and Geza Peladi were the grandchildren of an extremely wealthy German woman, they were homeless. The two Hungarian brothers had been living in a cave outside Budapest when their grandmother passed away in December 2009.  According to German law, her direct descendants were to inherit her estate.

The bulk of her estate, valued at roughly $5,52 billion, went to her estranged Hungarian grandchildren and a sister living in the United States.  With such an exuberant amount of money, the trio must have been elated, no matter how the money was divided.