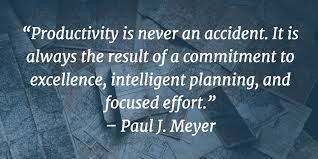 EFBOE, as a member of the Efficient family, would like to show our appreciation to the most loyal and devoted advisor who supports EFBOE and continuously makes use of our services.  A cash prize is up for grabs - you have the next 12 months to strive to be the best performer.  The EFBOE competition kicks off on 1 November 2018 and will end on 31 October 2019.  The prize money of R10,000 will be awarded at the Efficient Wealth Gala Event in November 2019.

The criteria and weightings for this competition are as follows:

From time to time, the front-runners will be announced in the “Let’s Talk EFBOE”-newsletter, which will be the only source of information on the competition.  EFBOE appreciates your business and continued support.
IMPLICATIONS OF ESTATE DUTY, Part 2 – Deductions

In terms of the Estate Duty Act 45 of 1955, taxes are charged on the taxable value of an estate.  If a tax payer resides in South Africa when he/she dies, the norm is that all assets (including property deemed to be property), wherever it is situated, could be included in the gross value of the estate for the calculation of the estate duty payable.

To minimise the consequences of estate duty, an understanding of the calculation thereof is required.  The following is applicable in determining liability:
In this edition we will discuss the definition of property and cover the first two points.  In the next edition we will discuss the tax deductions allowed in an estate.
PROPERTY
Property includes all property or rights on property, including moveable, immovable, corporeal or incorporeal property registered in the name of the deceased at the time of his/her death.  It also includes types of annuities, options to buy land or shares, goodwill or intellectual property.

It also includes an accrual claim under the Law on Matrimonial Property that the estate of the deceased has against the estate of the surviving spouse.
DEEMED PROPERTY
Payments by these entities (pension-, retirement annuity-, provident funds) normally consists of two components – a lump sum at time of death and an annuity thereafter.  The lump sum component was previously subject to estate tax, but since 1 January 2009, any lump sum payments received from such a fund, is excluded for estate duty purposes, with certain exceptions.
Donations where the beneficiary will not benefit up to and including the death of the donor and where the donation only realises when the donor dies, is not subject to donations tax.  It must be included as an asset in the estate and is subject to estate duty.
In the next edition read about the allowable deductions in an estate.

This is a general information article and not legal or professional advice.  Always consult a qualified financial advisor for specific and relevant advice.

He was the founder and former owner of Wind-Up Records and built it up into an indie-label powerhouse.   In his recent years, he became a celebrity high stakes poker player.  He lived in a luxury apartment building on New York’s exclusive Park Avenue.

The contents of his Will have since been disclosed and it became public knowledge that he left $1 million to his chauffeur, Jean Laborde, a father of five, and $500,000 to his doorman, Chamil Demiraj.  Apparently, both of his former employees supported him through his messy divorce from Diana.  The former Mrs Meltzer had no ill feelings about his beneficiaries, even though she would have inherited a third of the estate of about $8 million had they not divorced.  On the contrary, she said it was no business of hers if her ex left his fortune to “bums”.

His benefactors described him as a very nice man.  Mr Laborde said: "I don't know what to do exactly with the money, but one thing I know for sure – each year I'm going to bring the guy some flowers for his grave.”