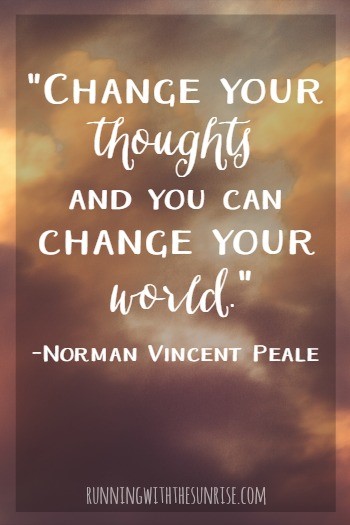 If one looks at the media, newspapers, rumours and stories on social media — some true and some not — negative news seems to be rampant and it paints quite a dark picture for South Africa. Isn’t it so great, however, that everyone can rise above all of this by making a decision to stay positive and believe that good will still triumph over bad? Amidst all the turmoil and uncertainties, there is always hope for positive change in our beloved country.

Good things will come to you if you focus on the POSITIVES and let go of the negatives.


Over the next two issues, we are going to concentrate on the implications of estate tax.
IMPLICATIONS OF ESTATE TAX, PART 1 - PROPERTY

Read more in the upcoming edition!

DUTIES OF THE TRUSTEES

The duties of the trustees of a trust are wide-ranging and important, and form part of a properly structured and administered trust.

Trustees of a trust are akin to the managers of a company. They are the guardians of the trust's assets and have a duty to manage these assets in the best interests of the beneficiaries, as provided for in the trust deed. In terms of the Trust Property Control Act, they also have a fiduciary duty to beneficiaries. All trustees (whether independent or not) are charged with the responsibility of ensuring that the trust functions properly and to the greatest advantage of the beneficiaries. Specific obligations are discussed below.

OBLIGATIONS IN RELATION TO THE TRUST DEED

Trustees must lodge the initial trust deed and amendments with the Master of the High Court and be familiar with the trust instructions, including the nature and extent of their powers and duties. A trustee should not accept any appointment until comfortable with the information contained within the trust deed.

OBLIGATIONS IN RELATION TO TRUSTEES

Authority to act
No trustee has any power to act on behalf of the trust in any way until formally appointed by the Master, who then issues a letter of authority. Any action by a trustee prior to this appointment is void and cannot be validated by subsequent ratification.

Notice of address
A trustee is required to inform the Master of postal and physical addresses or any change thereof by registered mail, within 14 days of such change.

Exercising discretion
A trustee may delegate tasks but is required to make decisions and exercise discretionary powers personally and independently, without the influence of any other person. Where a trustee relies upon a dominant co-trustee and approves of wrongful conduct, that trustee may be removed from office by the court.

Declare a personal interest
A trustee who in any way acquires an interest in an agreement or proposed agreement which has been or is to be entered into with the trust, must immediately declare the nature and extent of this interest in writing to the other trustees.

Duty of care, diligence and skill
Trustees could find themselves personally liable for losses suffered by the trust if it can be proved that they did not act with the necessary care, diligence and skill that can reasonably be expected of a person who manages the affairs of another. It is important to note that “skill” encompasses more than simply acting in good faith. Trustees may be proved negligent not only if they invested in risky investments but also if they invested capital too conservatively, resulting in the capital not growing sufficiently.

Accountability
A trustee is always accountable to both the Master and the beneficiaries.

OBLIGATIONS IN RELATION TO PROPERTIES

Registration and identification of trust property
Trust property must be kept separate from any private property. Property, including immovable property and any account or investment at a financial institution, should be registered in the name of the trust.

Treatment of trust property
The courts have, in various cases, established the “joint action” rule whereby trustees are required to act jointly in dealing with trust property. When trustees are dealing with third parties, even if it is permissible that a decision be made by the majority of trustees (as per the trust deed), all trustees must be involved in the decision and all trustees should be notified that a decision needs to be made.

Collect debts due to the trust
Trustees are required to collect debts owed in respect of trust property.

Distributions
Trustees are responsible for distributions to the beneficiaries.

OBLIGATIONS IN RELATION TO ADMINISTRATION AND FINANCES OF THE TRUST

Trust bank account
The Trust Property Control Act (and often the trust deed) requires trustees to deposit trust money into a separate bank account in the name of the trust.

Administration and investment
The trustees are required to administer the trust in terms of the law and the provisions of the trust deed, and act with a highest degree of diligence and caution.

Reasonable return on trust capital
Trustees can be held liable should monies not be invested prudently, but also when they play an inactive role in the administration of the trust.

Reporting to beneficiaries
Trustees have a duty to provide full trust administration reports and accounting records, dating back to the time a discretionary trust had been established, to trust beneficiaries (even if they only have a contingent right) and even to contingent beneficiaries born later.

Income tax
Trustees are representative taxpayers on behalf of the trust and, as such, the South African Revenue Service (SARS) will expect them to pay the tax of the trust.

Maurice Laboz, a millionaire real estate mogul in Manhattan, New York, passed away in early 2015 at the age of 77. He left his wife, Eva, nothing as they were busy getting a divorce at the time of his death. To his daughters he gave $10 million each and the rest of his $37 million estate, he gave to charities. He had quite a lengthy list of strict conditions attached to his daughters’ inheritances, though.

His daughters would receive their inheritance only once they turn 35. According to the New York Post, their dad doled out early-bird bonusses to his girls in his Will on achieving the following goals:

Maurice’s daughters, Victoria and Marlena, aged 17 and 21 at the time, contested the conditions of the Will. Eva also legally contested it on the basis that they were still married when he died.

This is now a classic case of ruling from the grave!