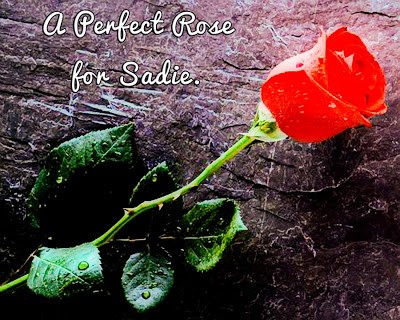 A survey on EFBOE’s services was conducted at your quarterly meeting in June 2018.  Thank you for the high rating and positive feedback regarding EFBOE’s overall performance.  We strive to deliver an excellent service on all levels to the advantage of everyone involved.  As part of the Efficient Group, we rely on your support and commitment and look forward to an even better, mutually beneficial, working relationship.

Wimbledon, strawberries and cream!  What would Wimbledon be without this traditional snack at the annual tennis tournament?

The great performance recently of 32-year-old Kevin Anderson at Wimbledon, the first South African in nearly a century who made it to the final of the tournament, was indeed a memorable occasion.  Kevin had a gruelling time getting there, though.  Sunday, 15 July, was his third consecutive match against a top-12 player after he beat Roger Federer and John Isner.

Anderson’s positive attitude throughout the tournament was a quality that stood out amongst many who carried him to a first Wimbledon final and he reaped the rewards thereof.

“Even though it was a huge goal of mine, if you asked me this time a year ago, I don’t think I could sit here and say I really believe that I can win a Grand Slam and a Masters’ Series and say it with the same self-belief and confidence that I can now.”

Being ranked No 5 in the world, will certainly motivate and encourage him that he cán become the Wimbledon World Champion.  No South African has yet been able to win this annual event.  We share his excitement for the future and now also have hope in the possibility that one of our own could win a Wimbledon tournament.
→ Winners are not people who never fail, but people who never quit. →

→ ”have the Courage to follow your heart & intuition, they somehow already know what you truly want to become.” Steve Jobs →

→ If you don’t see yourself as a winner, then you cannot perform as a winner. Zig Ziglar →
SECTION 7C OF THE INCOME TAX ACT – TAXATION OF LOANS, ADVANCES OR CREDIT MADE TO TRUSTS

THE USE OF TRUSTS IN ESTATE PLANNING

Financial planners should realize that trusts still form part and should be included in a variety of holistic estate planning disciplines when giving advice to clients.  The use of trusts as a planning tool in estate and financial planning is as relevant and important as ever. If structured and administered properly, it remains the most comprehensive estate planning vehicle.

If the primary goal is to get instant gratification from the estate planning exercise or to save tax and estate duty over the short term, then a trust is not the answer.

With SARS bringing capital gains tax (CGT) and normal tax closer to one another, the result is that all taxes are becoming similar;  except CGT for individuals.

In an individual’s estate, however, death will trigger double tax with both CGT (maximum effective rate of 18%) and estate duty tax (20%), as well as executor’s fees of 3,50% (VAT exclusive) on gross assets (NOT on nett assets after debt).  This often results in executors having to sell assets to pay for those taxes upon death.

Unlike in an individual’s case, a trust will only incur CGT (maximum effective rate of 36%) upon the ACTUAL SALE OF AN ASSET and is not linked to the demise of any one individual.

Two benefits that are only applicable on trusts are the conduit principal and income splitting.  These tools can be utilized to distribute capital gains to beneficiaries with lower tax rates; therefore, utilizing the lower tax rate applicable to individuals - BUT be mindful of the death taxes described above after such a distribution!

Income Splitting
Trustees can also use the conduit principal and pay beneficiaries who do not earn enough to pay tax.  Trust income can be split between beneficiaries who earn up to this threshold and end up paying no, to very little tax in their personal capacities.,

A company can also be used to hold assets that produce income to make use of the lower effective tax rate on income (28%) versus a trust (45%), without using the possible advantage of the conduit principal or income splitting discussed above.  The increase in the dividend tax rate from 15% to 20% however, elevated the effective tax on capital gains for companies to 22,4% versus 36% (maximum effective rate) for trusts.  So, unless such gains are retained in the company, higher taxes will be paid on capital gains made in the company, which are distributed as a dividend to a trust as shareholder in the company or to the owner (exposing such cash to creditors and death taxes).

If structured and administered properly, it still is the most comprehensive estate planning vehicle for the following reasons:
Always be mindful of the introduction of the new Section 7C in the Income Tax Act that now taxes interest-free loans to trusts and companies owned by a trust by including the difference between the minimum set interest at a rate of 8% per annum and the actual rate charges (historically often 0%) on such loans as an annual donation (taxed at 0%) to the trust.  The annual tax-free R100 000 donation allowance can however, be set off against this calculation.

Having said that, do not be fooled.  Government made it very clear that they will tax historical wealth and have now, for the first time, introduced a wealth tax.  It does not matter where this wealth is kept: in a personal name, in an entity such as a company or close corporation or in a trust.  Trusts are not the only target for SARS and trusts still have structuring benefits to minimize tax, unlike any other taxpayer.

Remind your clients of the reasons why they created a trust in the first place, reasons such as asset protection, continuity, liquidity, etc.  The main reason should never have been to avoid tax, although trusts do provide mechanisms to optimize taxation.

Even if the tax and estate duty benefits in the long term are ignored, the asset protection benefits of a trust remain significant. A trust is certainly not only for the wealthy. If a client is financially vulnerable, the protection of assets should be looked at.  A trust is the only vehicle that offers total asset protection. This is achieved through a trust not being owned by anyone and, as mentioned before, not being able to die.

Professional advice should always be acquired when dealing with trusts.  Laws govern the dealings of a trust and these change from time to time.  There are pitfalls that should be avoided and quite a few things to consider in the planning of a trust.
Main source:  EM de Vos, Trust Manager, EFBOE.  elmariejhb@efboe.co.za

A STORY OF TRUE LOVE THAT LASTED BEYOND THE GRAVE

Benjamin Kubelsky, better known by his professional name of Jack Benny, was, amongst other professions, a comedian and an actor.   Although hard to believe, in real life, he was extremely introverted.  He was too shy to approach a girl whom he liked very much, even though she worked in the same film studio.  Instead of approaching her, he sent her a single red rose every day, no note attached.  Being curious about this romantic gesture, she later asked the florist who the roses were from.  Then they started talking.  Even after they eventually met, she kept on receiving a single red rose every day.  Eventually they got married and she thought the roses would stop.  But they didn’t. They were continuously delivered every day.

When he unexpectedly died at the age of 80 in December 1974 due to pancreas cancer, his wife, Mary Livingstone (aka Sadie) was heartbroken and inconsolable.  A single red rose was still delivered every day.  Later she went to the florist to inform them that her husband had passed away.  The florist responded: “Mrs Benny, you don’t understand.  Jack made provisions years ago to provide you a single red rose every day you are alive.”

And, the lovely red roses continued to arrive every day for the next eight years, as a memorial of Jack’s devotion to Mary, until her death in 1983.


Until next time!
The “Let’s Talk EFBOE” Team