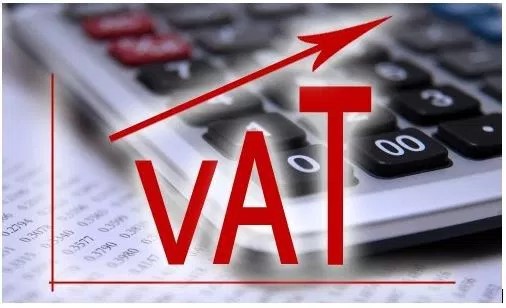 Congratulations to Jaco Raulstone who completed the 2018 Ironman African Triathlon in Nelson Mandela Bay on the 15th of April.  What a superb achievement, an example of commitment and great endurance.  Well done!

It sometimes feels that bad news is the order of the day, but good still exists and can surprise us every day, if we make the time to look around to see it.  The following quotes by Jimmy Buffett and Zig Ziglar just emphasize once again that the choice is yours:

It takes no more time to see the good side of life
than to see the bad. - Jimmy Buffett

In the previous edition we said that we were going to discuss the Law of Intestate Succession in this newsletter.

With the announcement of the change in VAT and estate duty, we decided to rather concentrate in this edition on the impact of the hike in taxes on an estate and discuss the Law of Intestate Succession in the next issue.
THE LAW OF INTESTATE SUCCESSION

WHAT IMPACT WILL THE INCREASE IN VAT AND ESTATE DUTY HAVE ON ESTATE PLANNING?

The announcement in the 2018 budget speech by former finance minister Malusi Gigaba of the VAT increase of one percentage point to 15% from 1 April 2018, has wide-ranging implications for the administration of deceased estates and trusts, including higher costs.  This is the first time since 1993 that there is an increase in VAT.

According to Louis van Vuren, most professional executors and trustees are registered VAT vendors and will charge 15% VAT on their fees.

A rough calculation suggests that an estate of R5 million, which includes a fixed property of R3 million, will
result roughly R10,000 in additional costs as a result of the VAT and increased Master’s fees.

Most professional trustees charge a trustee fee of between 1% and 1,3% of the trust capital each year.  If the trustee fee is 1%, a trust with R5 million of assets will therefore attract R500 more in fees because of the VAT hike, Van Vuren said.

The Master’s Fees were increased on 1 January 2018.  This could result in quite a substantial increase in administration costs.  In the past, Master’s fees were capped at R600 where the estate value was just over R200,000.  Currently a maximum fee of R7000 is levied once the estate value reaches R3.6 million.

Van Vuren said that the wisdom of the piecemeal introduction of some of the Davis Tax Committee’s recommendations on estate duty, has to be questioned.

While the committee previously recommended that the estate duty rate should be increased from 20 to 25% where the dutiable value of the estate exceeds R30 million, it also proposed that the “primary abatement” – the portion of a net estate free from estate duty – be increased to R15 million (currently R3,5 million), that the spousal exemption should be withdrawn (currently, amounts inherited by a spouse are free from estate duty) and that the unlimited inter-spousal exemption within the donations tax system should be reconsidered.  Fortunately, National Treasury only adopted the first proposal of the increase in estate duty for estates exceeding R30 million.

Even though estate duty and donations tax only contribute a few drops to the tax bucket, the fractured introduction of tax recommendations will make the estate duty and estate planning even more complex than it already is. Van Vuren also said that there is still no donations tax payable on donations between spouses – and neither should there be.

“With the very liberal definition of ‘spouse’ used in tax legislation, the argument that this concession (inter-spousal exemption) is unconstitutional, is tenuous at best.  With the higher estate duty level proposed for dutiable estates over R30 million, the incentive to ensure a more equal distribution of wealth between spouses by donations becomes stronger,” he said.

The Budget also proposed that the “official rate of interest” – currently the repo rate plus 100 basis points (7,75%) – be increased to a level close to the prime rate of interest (currently 10,25%).  Treasury argues that since interest rates lower than prime have become uncommon, this change would allow the benefit of lower rates to be measured with reference to a rate that approximated the rate offered by commercial banks to low-risk clients.

This is, in itself, a fallacious argument, Van Vuren said.  The prime rate takes into consideration the interest rate margin that banks charge as an income stream to cover costs and deliver profit.  In a loan between connected persons (family, etc.) this interest rate margin is inappropriate, and a better yardstick would be low risk deposit rates or money market yields.

Among other things, the official rate of interest is used to calculate donations tax on low- or no-interest loans to trusts by “connected persons” (usually the founder, trustees or beneficiaries of the trust).  In the past, these loans were commonly used as an estate planning tool where taxpayers moved wealth generating assets to a trust whilst simultaneously extending an interest-free or low-interest loan to the trust to finance the transaction.  This allowed the assets to grow in value outside the estate of the original owner, effectively reducing estate duty income for government.

However, with the implementation of Section 7C on 1 March 2017, this has changed.  Section 7C is an anti-avoidance mechanism when dealing with loans to trusts.  Loans cannot be interest-free/low-interest anymore, but bear interest at SARS official rate of 8% p.a. Donations Tax of 20% (less the annual exemption of R100,000) is payable on an annual basis by the donor on the interest calculated on the loan amount.

A LEGACY OF FACE MASKS

Kari Hunt was an avid paper mache mask maker.  She learned her craft from artist Doane Powell, who in 1948 literally wrote a book on the topic.  Powell not only taught Kari to make her own masks, but also left her his own when he died in 1951.  His masks focused on newsmakers of his day, including Adolf Hitler and Winston Churchill.

In 1952, Hunt made their faces famous by striking a deal to feature them on the television game show “Masquerade Party”.  When she died in 1999, her daughter, Karen Schnitzspahn, inherited all the masks made by her mother and Powell.  Because they were so precious to her mother, she approached Laura Mooney, a senior curator at the Nebraska Historical Society.  It took the museum three years restoring the incredible masks – one nose, ear and mustache at a time.  The exhibit opened to the public in 2017.