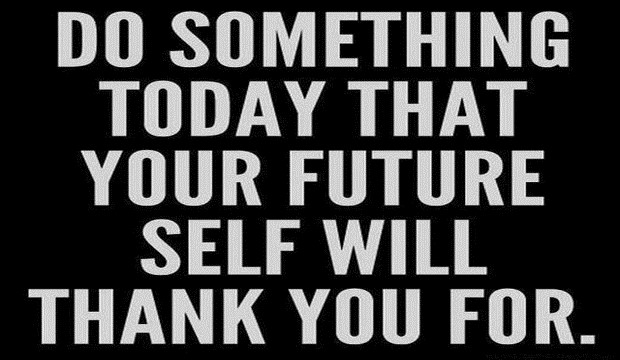 Who doesn’t need a bit of extra income?  “Buite boedels” is a well-known term used in our industry.  We have discussed “buite boedels” in Newletters 4 and 10 and would like to remind you again that you can earn commission when you refer a “buite boedel” to EFBOE.

Just to recap:  A “buite boedel” is a deceased estate where there is no Will (intestate) or where a natural person such as a spouse, family member or friend was nominated as Executor.  If there ís a Will with a nominated Executor, i.e. another trust company, an attorney or an institution like a bank, etc. and the appointment is renounced, it will also become a “buite boedel”.

If you would like to know more about “buite boedels”, please contact the EFBOE marketer in your area who will assist you with you queries.

You can also check your Advisor Portal on SharePoint for more information on commissions.

PLEASE NOTE:  This invitation is open to any employee in the group, including non-advisory staff, friends and family.


Dying without a valid Will can cause complications as the estate will be administered as intestate.  In next month’s newsletter, we will explain some aspects of the Law of Intestate Succession.


THE LAW OF INTESTATE SUCCESSION

If there is a cash shortfall in an estate and the heirs cannot raise funds to pay the shortfall, they may face having their family home sold.  The statistics in South Africa is that as many as one in four deceased estates in South Africa are estimated to have insufficient cash to pay the costs necessary for the winding up of the estate.

Even when the assets exceed the liabilities, there may still be a cash shortfall – insufficient funds to settle all debts.  This is one of the main reasons for delays in the finalisation of estates.

After the liquidation and distribution account (L&D) of the estate is approved by the Master of the High Court and has laid for inspection, free from objection, the Executor must first pay creditors, costs and taxes, before disbursements/transfers of specific legacies and the remainder of the estate can be done. The remainder is the residue and whoever inherits the residue in terms of a Will in effect carries all the costs, unless the Will directs otherwise.

In terms of the Administration of Estates Act, the Executor has an obligation to submit the L&D within six months from the issue date of the Letters of Executorship.  This may leave the Executor with no choice but to ask the residuary heirs to cover the shortfall by a certain date. If the heirs cannot or is unwilling to do so, the Executor, with the permission of the Master of the High Court, will have to sell an asset, which may include the family home where the surviving spouse and possibly their children may still be living.

The estate costs include a standard executor's fee of 3.5% plus VAT on the on the gross value of the assets in the estate, before the deduction of any administration expenses and liabilities such as home loans, vehicle financing, etc.  The Master of the High Court also charges a fee.  Estates with a value of up to R250,000 will not be liable for payment of Master's fees. On estates between R250,000 and R400,000, the fee is R600, and from there onwards a further R200 will be levied for every R100,000 of estate value up to a maximum fee of R7000.  Maximum fees will thus be payable where the estate value is R3.6-million or more.  (The types of estates were discussed in our October/November 2017 newsletters.)

Most of the other administration costs in an estate are fixed in legislation and the South African Revenue Service is not willing to negotiate taxes that fall due.

When the nett value of assets awarded to heirs, other than the surviving spouse, exceeds R3.5-million, 20% estate duty is charged.

To avoid problems in a client’s estate after his/her death, you as a financial planner should draw up a comprehensive plan which include an estate liquidity plan. The estate plan will give insight into how the estate will settle the expenses.

The most cost-effective method to take care of any cash shortfall in an estate is to take out a life insurance policy, but the common mistake of bequeathing the policy to an heir or nominating a beneficiary to receive the proceeds of this policy, should be avoided.  Even though executor's fees on the proceeds of the policy, if nominated to a beneficiary, is avoided, the heirs may well invest or even spend the money and it will then not be available to take care of the shortfall in the estate.  Life insurance policies do allow a person to nominate a beneficiary to receive a portion of the life cover and to the estate, the remainder thereof.  If the client has sufficient cash for the anticipated costs in the estate, not all the cash should be bequeathed to heirs in the Will either. It is much wiser to ensure that sufficient cash form part of the residue of the estate to cover the costs.  In that way, property of family can be safeguarded from alienation.

Dallas county Sheriff Richard ‘Smoot” Schmid died in 1963.  Part of his career was devoted to killing the legendary Bonnie and Clyde couple.  During an ambush by the Sheriff and his deputies in 1933, his attempt at this failed.  The car was wrecked, but the couple narrowly escaped the ambush.  Apparently, memorabilia, which included a silver ring, were salvaged from the wreck.

Only 50 years after his death, his granddaughters discovered the items in the Houston family home that they were packing up. They found an apparent inventory of additional items their grandfather had stashed somewhere.  It consisted among other things of the silver ring adorned with three snakeheads inlayed with jeweled eyes.  Clyde Barrow crafted the ring for Bonnie Parker while incarcerated in 1930.  This was the nearest to a wedding ring for the devoted couple, as their life of crime did not afford them the opportunity to ever get married.  They were killed in 1934 at the young ages of 23- and 24-years-old respectively.

The granddaughters decided to sell the memorabilia at an auction and received $20,000 for the ring and other memorabilia brought in $100,000.

Until next time!
The “Let’s Talk EFBOE” Team