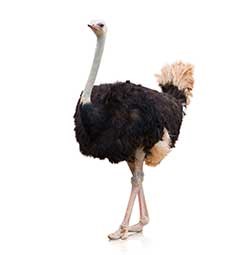 Professional financial advisors are worth their weight in gold.  This is the opinion of Jonathan Faurie of FAnews.

In the current South African political and economic environment, people that can afford it, pay serious attention to establishing an international investment portfolio.  South Africans prefer locations close to home and Mauritius is one of these destinations, but it comes with rules, processes that need to be followed and to also understand the foreign laws and regulations of Mauritius.

At the 7th FISA Conference, Gordon Stuart, MD of Accuro Mauritius, pointed out that professional advice is needed when approaching these investments.  Where there is more than one Will, care must be exercised that they do not override each other.  For instance, there is no freedom of succession in Mauritius and forced succession is applied, where specific percentages of an estate are reserved for the children of the deceased.  Only the unreserved portion of an estate may be freely willed to any other person/institution/etc.  Mauritian law does not recognize oral, joint or mutual Wills and neither can a surviving spouse, child or heir be appointed as Executor in the Will.  Foreign Wills are unenforceable in respect of movable and immovable property situated in Mauritius, unless they have been duly registered there.  The rules governing Mauritian property as part of a deceased estate is complex.

Professional advice matters, especially when it comes to planning international investment diversification.
(Information obtained from an article by Jonathan Faurie on FAnews (18/09/2017))

In this edition, we are only going to explain the difference between the two main types of estates.

When preparing a Will, it is wise to make use of EFBOE services to guide you through the process.  As no two estates are the same, it is advisable to deal with people who has extensive expertise and experience in these fields.  Each person’s circumstances are unique and must be dealt with accordingly.

There are two main types of estates.  It is either a Section 18(3) estate or a regular estate which include all estates with an estate value above R250 000.

When the value of an estate exceeds R250 000, the Executor is dealing with a regular estate.  Before 24 November 2014, the value of this estate had to exceed R125 000.  A formal administration process must be followed when dealing with this type of estate.  In this case, the Master will issue Letters of Executorship.

Exceptions are insolvent estates where a different approach to the administering of the estate is required.

The services of EFBOE, an authority on the drafting of Wills and rendering fiduciary services, will ensure that the Will is drafted correctly, taking personal circumstances into account and ensuring that the winding up of the estate is done as smoothly as possible.

An interesting case emerged recently where a 115-year old Will was challenged in the High Court in Cape Town.  The Will of Carel de Jager, who died in 1904, stipulated that his properties are only to be left to male offspring in perpetuity.

This proves to be quite a sexist battle in 2017 and leaves a family at war.  Understandably so, as Carel de Jager was the founding father of the “ostrich capital of the world” and as such the owner of various farm properties in Oudtshoorn.

This is a case of a classic clash between the constitution and the right to freedom of testation.  People were advised not to put these kinds of clauses in a Will as it only leads to litigation and really is not acceptable in 2017.

One of the descendants, Kalvyn, had five daughters and when he died in 2015, his property had to devolve upon his three brothers.  His brother, Johan, who has three sons, already passed away in 2005.

The daughters took the case to court as they felt the wording of the Will was unjust.  The effect of the discriminatory provisions has serious consequences for the daughters because they were disinherited, thereby denied the opportunity to own the property.  The cousins have already inherited a share of the property after Johan died in 2005.  According to the judge, the sisters’ case was by no means without merit, although the cousins have been successful in their opposition. The application was dismissed, the Will still standing firm.  According to the sisters’ lawyer, leave will be asked to appeal very soon.
Until next time!