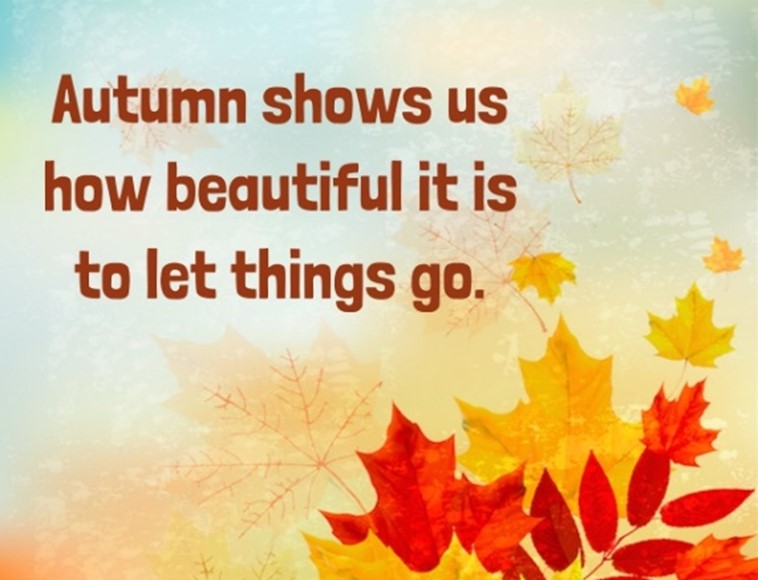 Dear Colleague
“Winter is an etching, spring a watercolor, summer an oil painting and
autumn a mosaic of them all.”

“Autumn is a second spring when every leaf is a flower.”
Albert Camus


Autumn is such a beautiful season when the leaves turn into a pretty array of colours. Autumn, like all seasons, is a reminder that change is inevitable and brings with it the hope for better things to come.

The month of May is National Energy Month and reminds us of how precious energy is. Without the different forms of energy, we cannot work or perform even the simplest of tasks. Intermittent electricity interruptions courtesy of Eskom, is a grey area when it comes to energy and it has a huge effect on our daily activities and productivity. Electricity is a source of energy that should be used especially sparingly as well as managed exceptionally well.
May is also Africa Month – a time when the continent of Africa commemorates the founding of the Organisation of African Unity (OAU).
HAPPY MOTHER’S DAY (09 May 2021)
“There is no way to be a perfect mother, just a million ways to be a good one.”
May is the month in which we celebrate all mothers for their selfless sacrifices, love and commitment to their children and households.
If you are fortunate to celebrate this special day with your mother, we wish you a joyous and blessed day!

INTERIM RESULTS OF THE EFBOE COMPETITION

This month is a stellar opportunity to report on the front runners in the EFBOE competition. To boost your excitement and to provide some motivation, the current top four advisors are:

Remember that you still have seven months to make a difference to the outcome of the competition. So, keep those new signed Wills coming and be on the lookout for power-of-attorney estates (buite boedels) to boost your points in the competition.

A Will is only as good as the validity of the signing thereof. Just a reminder of the most important aspects to pay attention to:
For full instructions on signing of a Will, visit our website: www.efboe.co.za.
HOW LONG DOES IT TAKE TO WIND UP AN ESTATE?
Read more about this in our next edition
COURT CASE REGARDING “PARENT” IN AN INTESTATE ESTATE

When a person dies without a valid Will, the estate will be administered according to the Intestate Succession Act (Act 81 of 1987) (ISA). According to this Act, the assets in an estate will be distributed amongst parent(s), spouse or descendants in a specific order and percentage.

An interesting intestate court case took place during 2020: Wilsnach NO v M and Others.

The persons involved were:

When M was born, he was severely brain damaged because of complications during childbirth resulting in a lack of oxygen to his brain. A resultant negligence claim (negligence which led to M’s disabilities) was brought against the Gauteng Department of Health. The claim was settled out of court to an amount of R21 million. The court ruled that the amount be placed in trust for M and W was appointed as trustee.

M's parents never married. During M’s short life, he received little parental care from his natural parents. T never contributed in any way to M’s care and played no role in M’s life. M’s maternal grandmother mostly cared for him. At some stage, she resigned from her job to care for M. In a court order granted in April 2018, T’s parental rights were terminated under section 18 of the Children’s Act, 38 of 2005 (CA). When M died, the trust property amounted to about R15 million.

W approached the court to declare who the legal intestate heirs of M’s estate should be and what effect the court order of April 2018, in which T’s parental rights were terminated, had on T’s right to inherit from M’s estate.

Justice Jody Kollapen referred to the word “parent” in the ISA and the interpretation of the meaning of this word as used in the Act to answer the question  around the legal heirs. The court referred to the case of Natal Joint Municipal Pension Fund v Endumeni Municipality 2012 (4) SA 593 (SCA) and noted that the word is not defined in the ISA. Amongst others, the following from paragraph 18 of the judgement was quoted:

“Whatever the nature of the document, consideration must be given to the language used in the light of the ordinary rules of grammar and syntax; the context in which the provision appears; the apparent purpose to which it is directed and the material known to those responsible for its production.”

After examining the meaning of the word “parent” in the CA, the court concluded that “parent” should be interpreted widely to include those who play the role of a parent in a particular child’s life. E, as the grandmother, took the brunt of the burden on herself to take care of M and was also declared to hold parental rights in the court order of 2018 and therefore fulfilled the role of a parent in M’s life. Although the court rebuked N for her lack of continuous care, she was still deemed a parent. T’s total absence and the fact that his parental rights had been terminated by court order, deemed him not a parent. The court, therefore, declared that E and N were the parents of M for the purposes of the ISA and, therefore, M’s sole heirs.

Comment on the judgement in this case
Although the outcome in the case may be regarded as fair and just under the given circumstances, it comes at a price of legal certainty in intestate succession which have structured rules around the generational approach in the ISA when determining the rules of intestate succession.

It is strange that in the court’s judgement, a passage from the Endumeni case was quoted, but the above ISA context was ignored. The court then jumped to a definition of “parent” in another Act (the CA), which has an entirely different context and purpose, and applied that definition to intestate succession.

The same result could probably have been achieved by a claim against the estate by E for her direct costs and loss of income when resigning from her employment to care for M. Simultaneously, an application could have been lodged to have T declared unworthy to inherit from M’s estate based on T’s total neglect of his son and the consequential ruling of the removal of T’s parental rights in the 2018 court case. This approach to the case would probably have preserved the structured rules of the ISA, leaving no uncertainty as to the execution thereof.

Some people love their cats, but others really adore them! The super-wealthy frequently bequeath their animals money, mansions and everything else you can think of to live highly privileged lives. British singer Dusty Springfield’s cat, Nicholas, was one of these special felines.

Dusty passed away in 1999 and bequeathed a sizeable, but unspecified amount of money to her 13-year-old ragdoll cat. She left very specific instructions for his care and maintenance, including that he should be fed imported American baby food and enjoy a daily serenade of some of Dustry’s greatest hits before bedtime.

Slightly more appealing purrrrks were a “7-foot indoor tree house,  lined with scratch pads and catnip” and a “marriage” to a younger female cat owned by Nicholas’ new guardian.