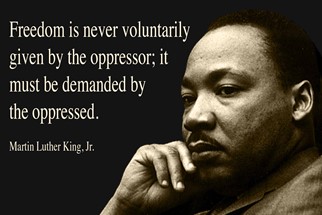 April is freedom month. The month that we celebrate our freedoms and liberties. Some freedoms which we enjoy today were fought for very hard and most came at a very high price.

What are the definitions of freedom and liberty? Freedom is the power or right which everyone has to act, speak or think as one wants without limitation. Liberty is the state of being free within society from oppressive restrictions imposed by authorities on one’s way of life, behaviour or political views under a democratic government.

Freedom of choice is a God-given right that is so easily taken for granted. Why is it that people only really appreciate something after it is gone? During this worldwide pandemis, everyone had to give up a lot of freedoms of which some were fought for relentlessly by our predecessors. This is an unusual situation to which few are accustomed to. Especially if freedom is taken away and then returned as a reward as if it never was yours before.

But with freedom also comes great responsibility, which is also not always the right to do anything, but the right to do the right thing. Abraham Lincoln said that those who deny freedom to others deserve it not for themselves either.

Thus, what can be said about our current situation which started a year ago? It is evident that our basic freedoms are under attack on various levels, especially freedom of speech. Something so valuable as freedom should not be given up so easily. Let us stand still for a moment and be thankful and appreciative every day for every freedom that is still ours to treasure and enjoy.

The only real prison is fear, and the only real freedom
Is freedom from fear.
Alung San Suu Kyi

Reporting of an estate

A deceased estate comes into existence when a person dies and leaves property or a Will. All estates though, should be reported to the Master of the High Court within 14 days of the date of death. Even though this is the case, it does not always occur in this time span as some estates are not reported until a survivor also passes away. Then there is, for example, a property that must be transferred which forces the reporting of the estate/s. Both estates are then reported at the same time because the property cannot be transferred before the pre-deceased estate has been reported. Any person that has control or possession of any property or a Will of a deceased, can report the estate of the deceased.

A testamentary trust is specified in a Will and is established on the death of the testator or testatrix.  The Will of the deceased person forms the trust deed. No further trust instrument is required to be lodged with the Master of the High Court. The Will usually contains trust clauses on the essential elements of the trust but does not always provide detailed provisions of how the trust should be administered. This can sometimes lead to issues arising at a later stage.

This has been highlighted in a recent court case, Van Rensburg vs Van Rensburg N.O. and Others (24 March 2020).

The father and mother provided in their joint Will for a testamentary trust to be established on the death of the father for the benefit of the mother.  The trustees, all four children, had to apply the trust income and capital for the maintenance and benefit of the mother until her death.  The trust would be terminated on her death and the assets divided equally between the four children or the survivors of them.

After the mother’s death, the brother requested the sister’s banking details to pay over their respective portions as stipulated in terms of the Will to terminate the trust. Unfortunately, one of the sister’s emails were intercepted, which resulted in her portion being paid into a fraudulent bank account.

Her siblings felt that the fraudulent act that took place was not against the trust, but that it was against her personally. The sister approached the court to remove the trustees because she felt that they were conflicted as trustees and beneficiaries of the trust. She requested that new trustees be appointed to then decide if the matter against the trustees or the brother must be pursued. She believed that they acted negligently by paying her share into an incorrect account.

The lesson to take from this is to ensure that the testator/testatrix consider their wishes carefully when drafting a Will. Rights that are afforded to beneficiaries will be unavailable to such legatees. A Will should also clearly stipulate when the trust must terminate, as well as additional instructions, if any, at the termination of the trust.
The next issue that had to be addressed was the removal of the trustees. Especially in a testamentary trust, the removal of trustees is a delicate matter.  The judge cited two previous court cases:
The Volkwyn/Damant case stated that “(it) is a matter not only of delicacy…but of seriousness to interfere with the management of the estate of a deceased person by removing from the control thereof persons who, in reliance upon their ability and character, the deceased has deliberately selected to carry out his wishes. Even if the…administrator has acted incorrectly in his duties and has not observed the strict requirements of the law, something more is required before his removal is warranted. Both the statute and the case cited indicates that the sufficiency of the cause for removal is to be tested by a consideration of the interests of the estate”.
The Gowar/Gowar case stated that even if disharmony may exist in the administration of a trust, that in itself is not sufficient grounds for the removal of a trustee. The Court held that “(the) overriding question is always whether or not the conduct of the trustee imperils the trust property or its proper administration. Consequently, mere friction or enmity between the trustee and the beneficiaries will not in itself be adequate reason for the removal of the trustee from office… Nor, in my view, would mere conflict amongst trustees themselves be a sufficient reason for the removal of a trustee at the suit of another”.

It is quite common for people to leave their estates to famous people. Charles Bronson was one of these lucky beneficiaries.

Audrey Jean Knauer was a huge fan of Bronson’s. She disinherited her own relatives and made Bronson the sole beneficiary in her Will. She never met Bronson, nor was it known that she ever wrote to him, but she sure loved his movies.

She passed away at a young age of 55 in 1997. Her relatives were in for two surprises. Firstly, Audrey’s estate was ten times more than they suspected, amounting to just under $300,000. Secondly, she had decided to leave her entire estate to her favourite movie star. She even went further, instructing that should Bronson not want the gift, the estate was to pass to the Louisville Free Public Library where she used to visit to research her favourite movie star.

The Will was at first contested, but eventually Bronson and the sisters came to an agreement out of court and he received about half of his bequest.  The exact amounts of the settlement were never disclosed.

Read more about this story at https://www.filmstories.co.uk/features/the-woman-who-left-her-favourite-movie-star-300000-in-her-will/

Until Next time!
The “Let’s Talk EFBOE” Team